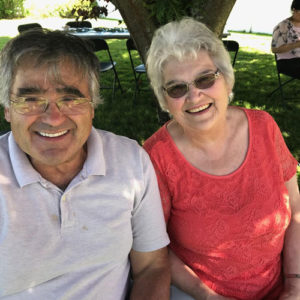 Nytom is a Makah Tribal member born in 1948 and raised in the community of Neah Bay. He has a strong sense of family gained from extensive historical knowledge of Makah songs, dances, ceremonies, and rituals. A sense of family helps Nytom understand how the families of Neah Bay came to be and allow him to trace his connections with other First Peoples of the coast. After returning from Vietnam in the early 1970s, he became more involved in the artistic traditions and culture of his home on the coast. He apprenticed under the late Art Thompson for several years. Through Art’s connections with other people in Canada, Nytom developed a greater understanding of how the art manifested the teachings of his ancestors.  Nytom has worked in various artistic media—engraving in silver and gold, limited edition prints, glasswork, metals, and wood—and a passion to understand his traditional culture inspires a deep sense of responsibility:

to always maintain a close connection to the teachings of his people.

Nytom’s connection to other tribes has grown over the years, and he finds himself giving back to insure the cultures of First Nations people lives on by expanding his ability to help other First Nations secure old growth cedar for their longhouses, canoes, and other cultural project.  He currently lives in Sequim, Washington.